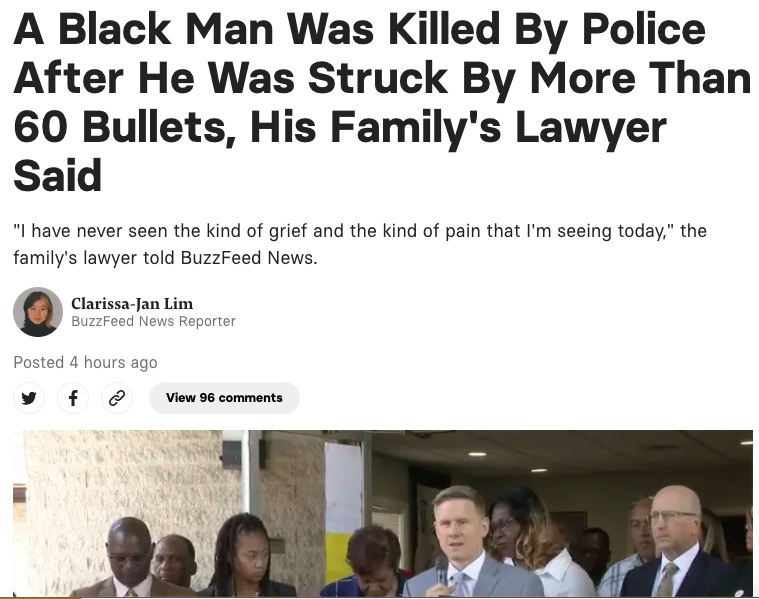 “I have never seen the kind of grief and the kind of pain that I’m seeing today,” the family’s lawyer told BuzzFeed News.

“The family of Jayland Walker, who was shot and killed by police in Akron, Ohio, on Monday, is demanding answers as details about the brutality of the shooting sparked protests in the city.”

“Police have killed 286 people in the US this year, according to Mapping Police Violence, a project tracking the number of fatal encounters with police. Black people are far more likely to be fatally shot by police than white people, and data from the project found that in 2022 so far, only four days have gone by without someone being killed by police.”

read the full article at: https://www.buzzfeednews.com/article/clarissajanlim/akron-ohio-police-shooting-jayland-walker